Vigil – Thousands of Late former President Jerry John Rawlings’ admirers, fans and loved ones held together to his memory, at a candlelight vigil organised by the National Democratic Party (NDC), Friday night in Ho.

Notable figures in the Volta Region, including; leaders of the NDC, took turns to recount fondest memories of the Party’s founder in a solemn ceremony that directed heavy traffic towards the Jubilee Park.

Traditional music ensembled from various districts in the Region maintained a mood of remembrance sustained by visuals of the former president playing on a giant screen.

Togbe Kasa III, Senior Divisional Chief of the Asogli State, said the late President would forever be remembered for ending political neglect of the Region.

“Many past leaders failed Volta. Common water was scarce. Chiefs had to mobilize and go and meet Rawlings”, he said, and also mentioned the late President’s role in ensuring the Region was served its fair share of national electricity output.

The late President was also extolled for advancing the provision of a regional hospital.

Togbe Kasa described late President Rawlings as “very respectful of chiefs,” and said, “If one is a president and has done all these and would die and we chiefs of Ho do not say it, then we are ungrateful.”

Alhaji Magid, a leader of the Muslim community in the Region praised Rawlings for instituting national festivals for the Islamic faith, and also facilitating its religious pilgrimages, and for the establishment of educational institutions.

“He has empowered us as Muslims and today we have Islamic schools. He has left a legacy for us and we must never forget him. We had been orphaned, but JJ fathered us all. He left no orphans,” he said.

“Rawlings championed democracy. He made it possible for us to be a Ghanaian.”
Capt. (Rtd) George Nfodjoh, who had marched with the former President during the days of his revolution, said Rawlings was a man who “went out of his way to help many common folk,” and will not be buried but will become a seed that will be “sown to benefit the nation.”

Mr Henry Ametefee, Volta Regional Chairman of the NDC, and also a cadre of the revolution, said the former President must not be confined to memory, but instead become “a light ahead of us”.

He called on members of the Party to unite towards securing victory in the upcoming elections, to serve a befitting celebration to the memory of their departed founder.

“I have known him for 41 years and I cannot recount how much he sacrificed his life for this great nation.

“JJ can only be remembered by the Party that he founded and not by any Party in the country,” Mr Ametefee stated.

James Gunu, Secretary to the Party in the Region said Rawlings was a “hero, an architect of the Fourth Republic, a king, a grassroots person, and a legend,” while Kafui Agbleze, Regional Communications Officer, said his roots must never die, and called for his works to be made known to all.
Women of the Party in the Region also noted that Rawlings came across as passionate about the welfare of womenfolk, and fought to secure their freedom. 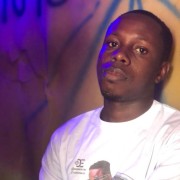 “I Can Battle All Ghanaian Rappers With The exception of Sarkodie & E.L” – Junior Jnr